The idea of application has grown from the manager’s pain. A large number of meetings that need to be documented in a form of a meeting minutes. This routine work takes a lot of time and effort. But Fingers Media takes care of our managers and decided to make a challenge  —  to create an application that recorded the meeting, converted it into text and formed a document with a meeting minutes. According to our idea, the application will save time and effort not only for managers and businessmen who often take part in meetings, but will also be useful for recording lectures or interviews.

Start of designing. First, we try to understand how users feel in our application.

We create a scheme of the application based on the user scenarios.

Next we start drawing sketches. In the process we encounter a question on the audio recording screen. It was unclear how many buttons you need to make user flow comfortable, but not to confuse him. To test the theory, we make several prototypes from sketches and test on colleagues. 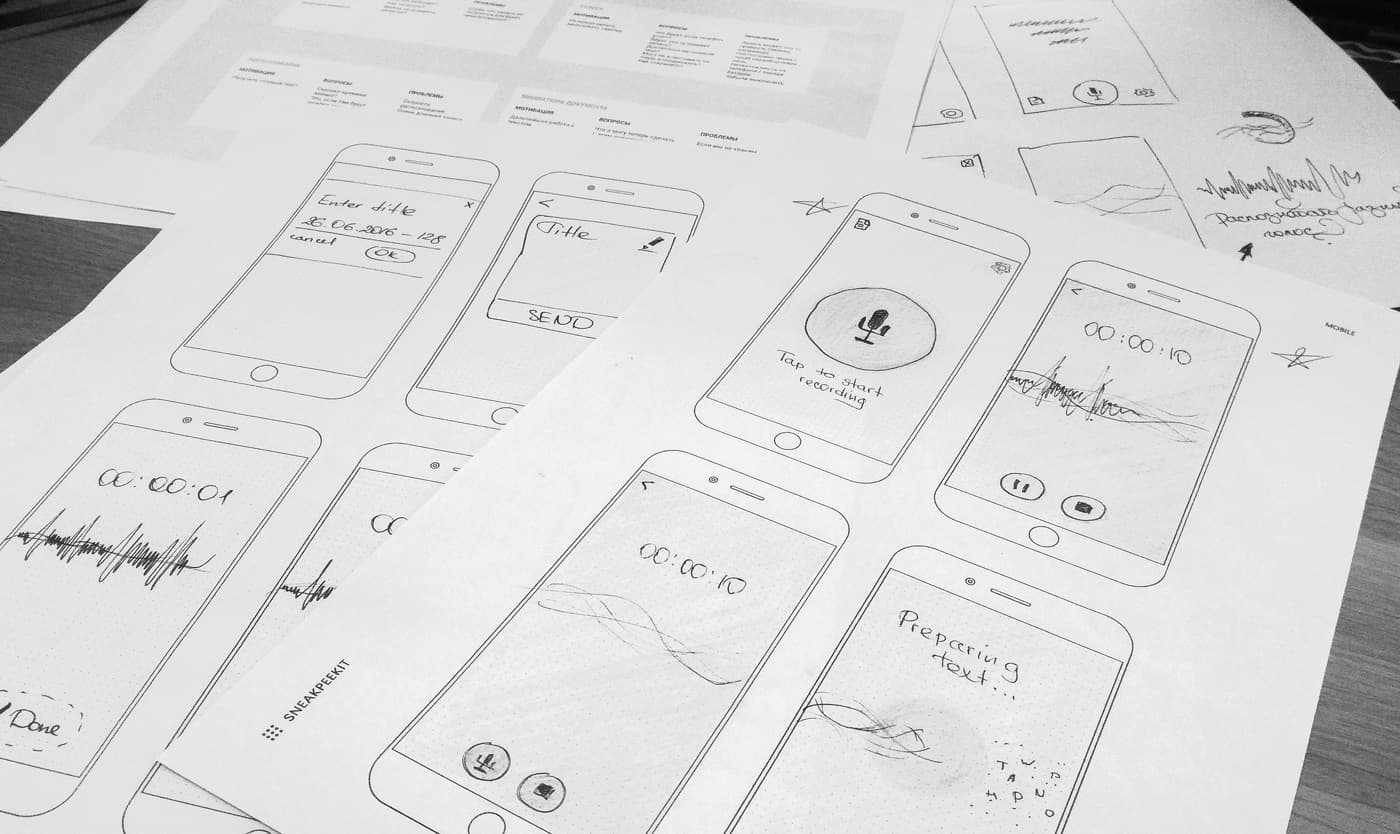 Then we discuss the results with the team, approve the concept and move on to visualization.

Usually at Fingers we use SketchApp for app UI. But this time we decided to try Figma. Moreover, there’re lots of enthusiastic designers reviews about this tool. There were things we had to get used to, but we did not regret. Figma is really good for app design and easy to learn.

We choose the first option and modify the background. Add “waves”, which can be animated.

Following, we draw the rest of the screens, create a prototype and show to the team. 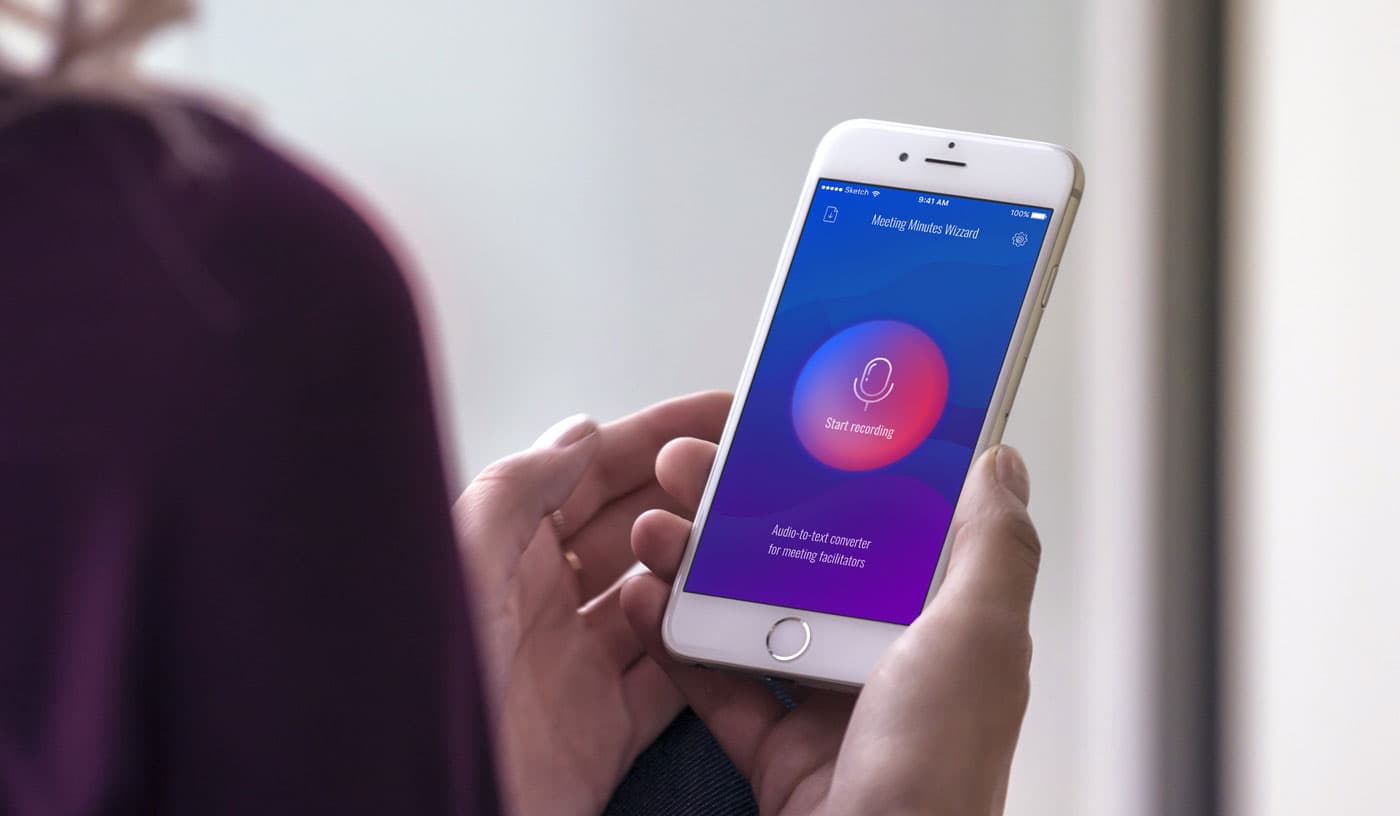 Having prepared an option for the second platform, we have a design for Android and iOS. 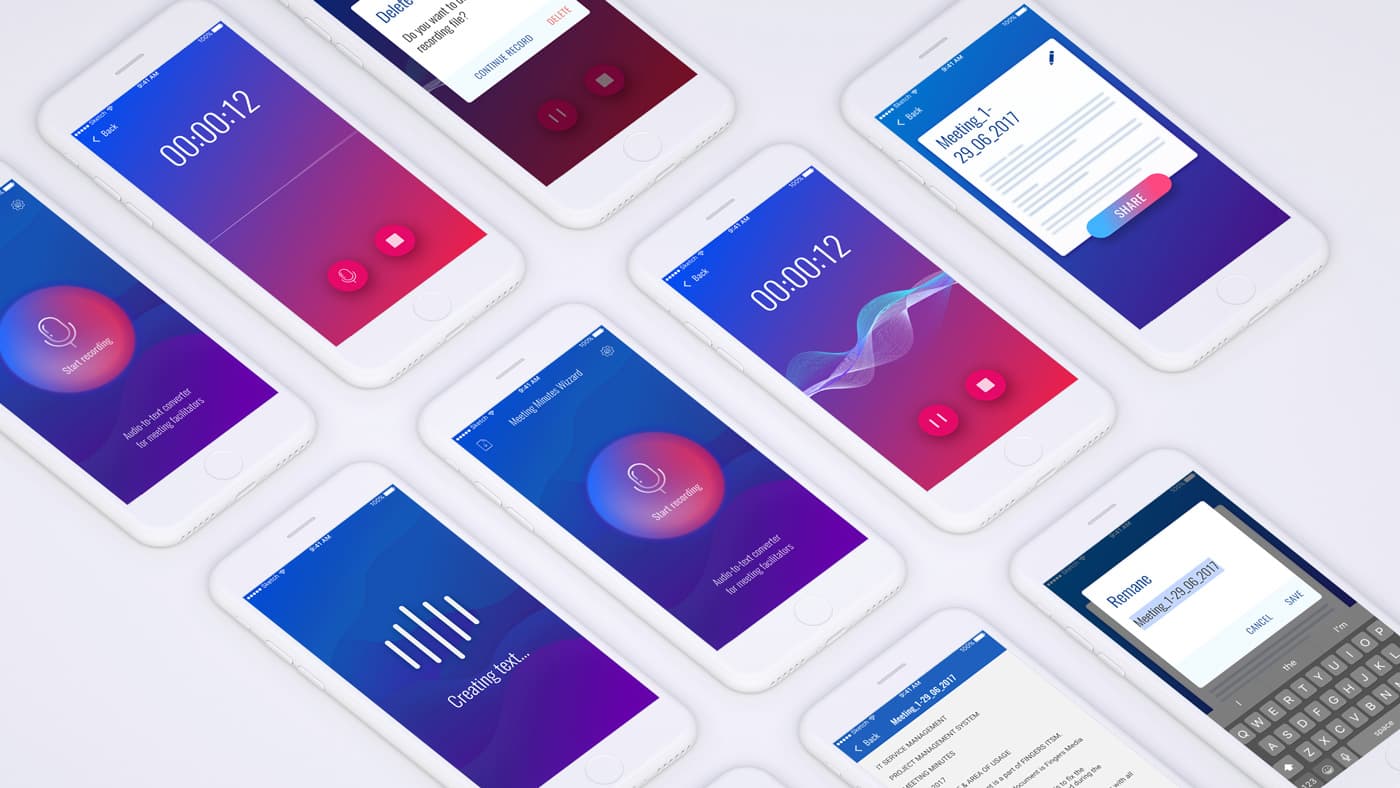 While developers are making the app, manager, marketer and designer are starting to create a landing page. The goal is to tell the world about Meeting Minutes Wizzard and gather the base of potential users.

While the designer and the business analyst are thinking about the structure and texts, the manager decides that it makes no sense to take developer resources to make our own site, so we can handle it ourselves using web tools.

There is an opportunity for us to learn something new, so we use Tilda to create a landing page. As it turned out, a pleasant and convenient tool for work. 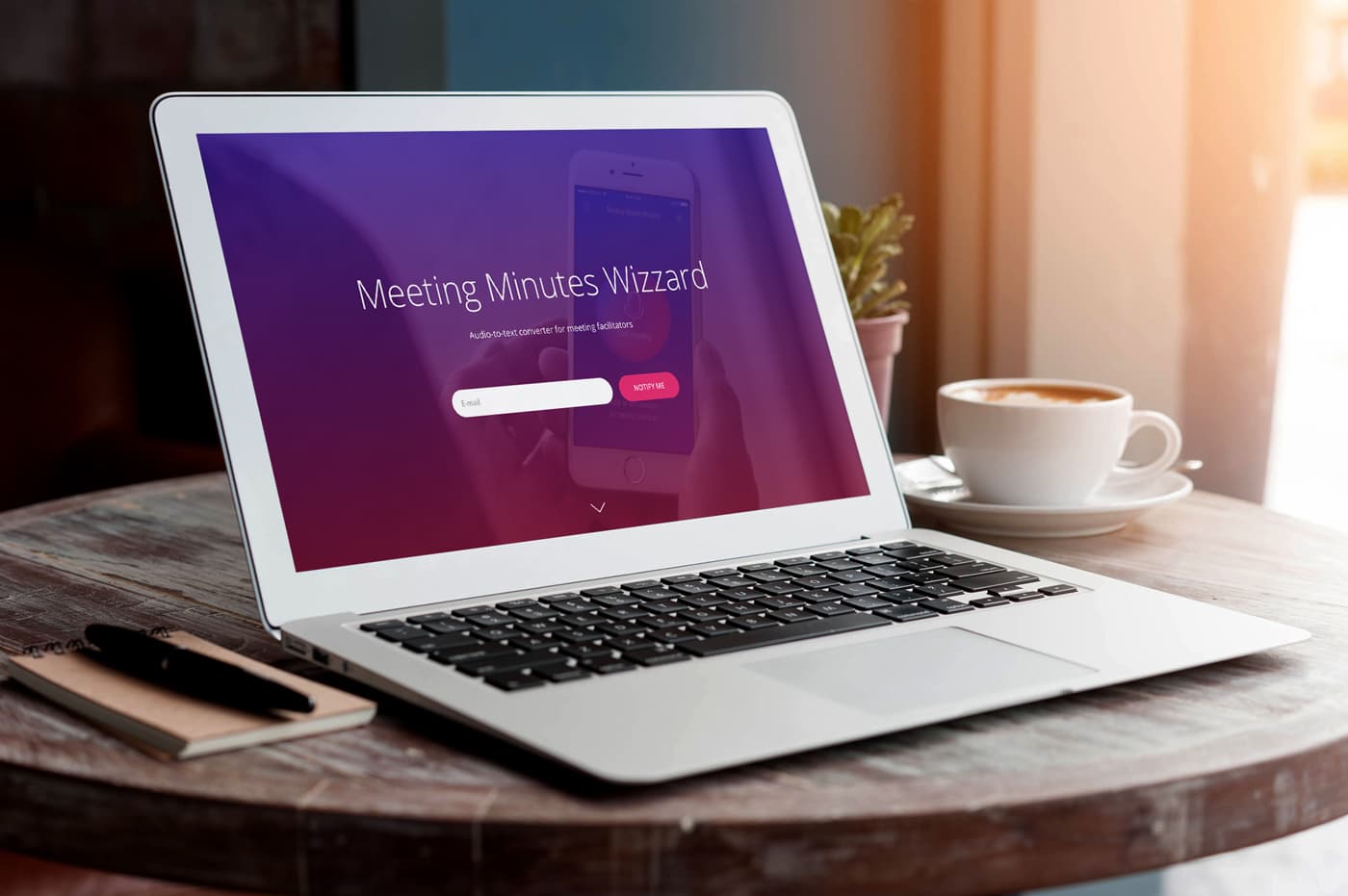