Many of us still remember how in childhood they gathered shapes of various animals, plants, automotive equipment from seven simple geometric figures. All that was required for this was a small box in which were placed 4 triangles, two squares, 1 parallelogram and a sheet with assignments.

In solitude or with a friend, you could forget about the time and move from task to task until you pass them all.

Parents at this time could calmly engage in their own affairs, not worrying for their children. In addition, the game not only entertained children, but also helped them to develop, because every new task became more difficult.

The customer dipped us in this nostalgia, referring to the idea of designing a mobile puzzle based on the Soviet game "Pythagoras Puzzle."

To plunge into atmosphere of the game, we printed its prototype on paper.

"Pythagoras Puzzle" is a kind of game Tangram, differing only in the types of figures. First of all, we were faced with the task of conducting a study on the existence of similar games in application markets.

It was found that such puzzles for mobile phones already exist, but in the form of Tangram. The Soviet version of the game in the market was not found.

But since the versions differ slightly, we conducted a study of existing games to determine the Must have and Nice to have functionality, after which it was possible to proceed with the design.

The very name "Puzzle of Pythagoras" pushed us to the ancient Greek motifs.

Based on the popular colors and objects in this rich culture. 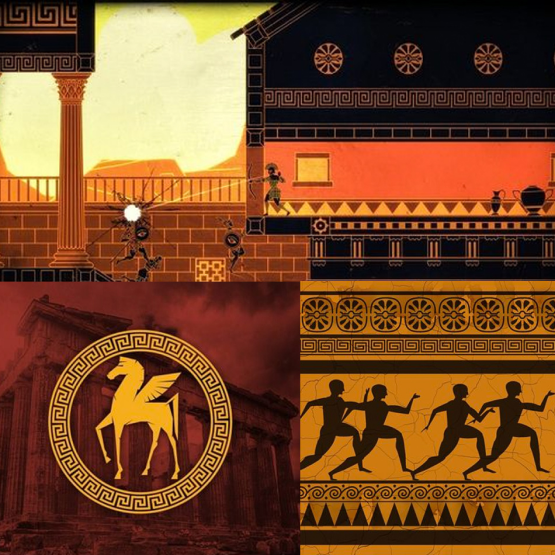 Packs with levels. The user solves the tasks by navigating the map. 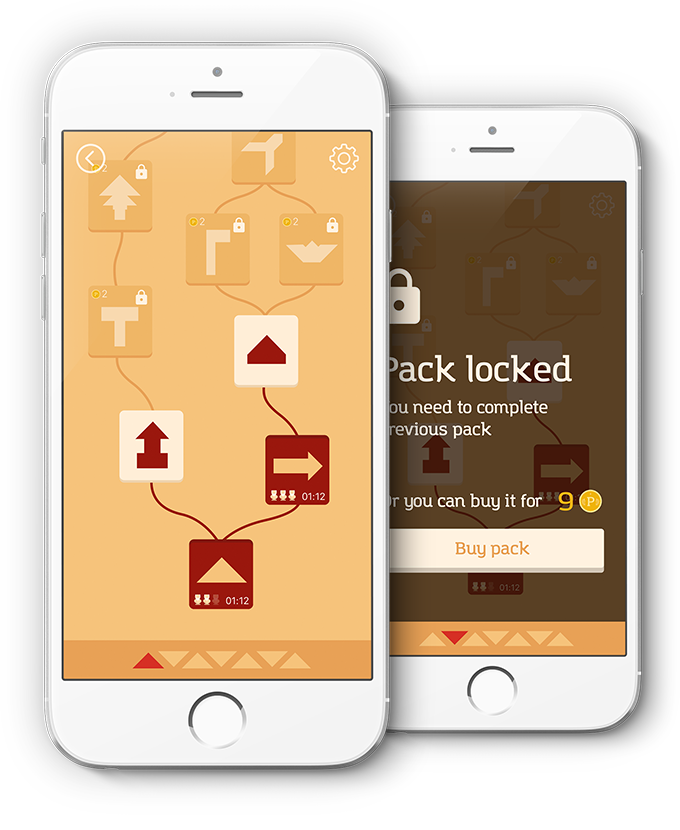 Allows you to arrange a match with a friend or an occasional user. Hint after one minute. 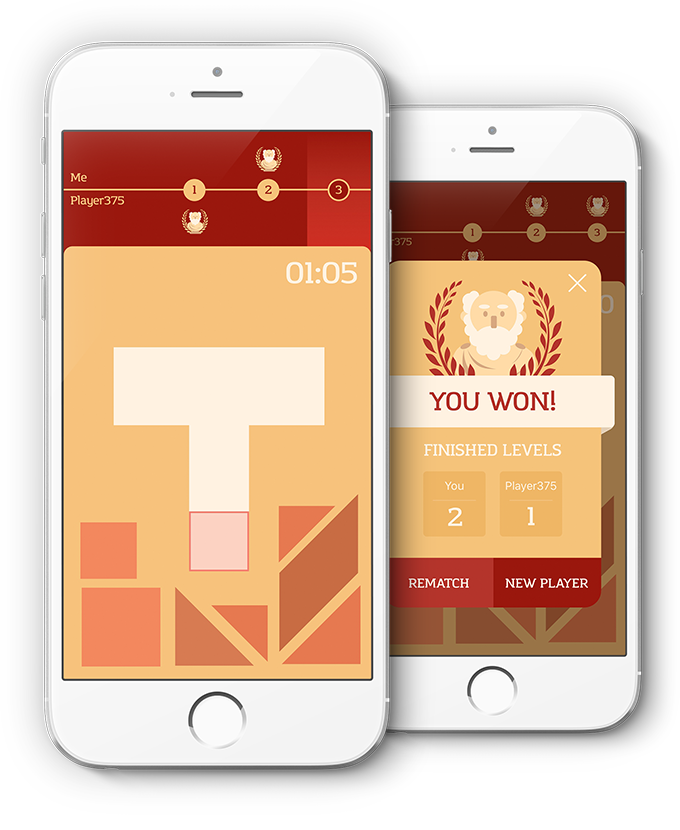 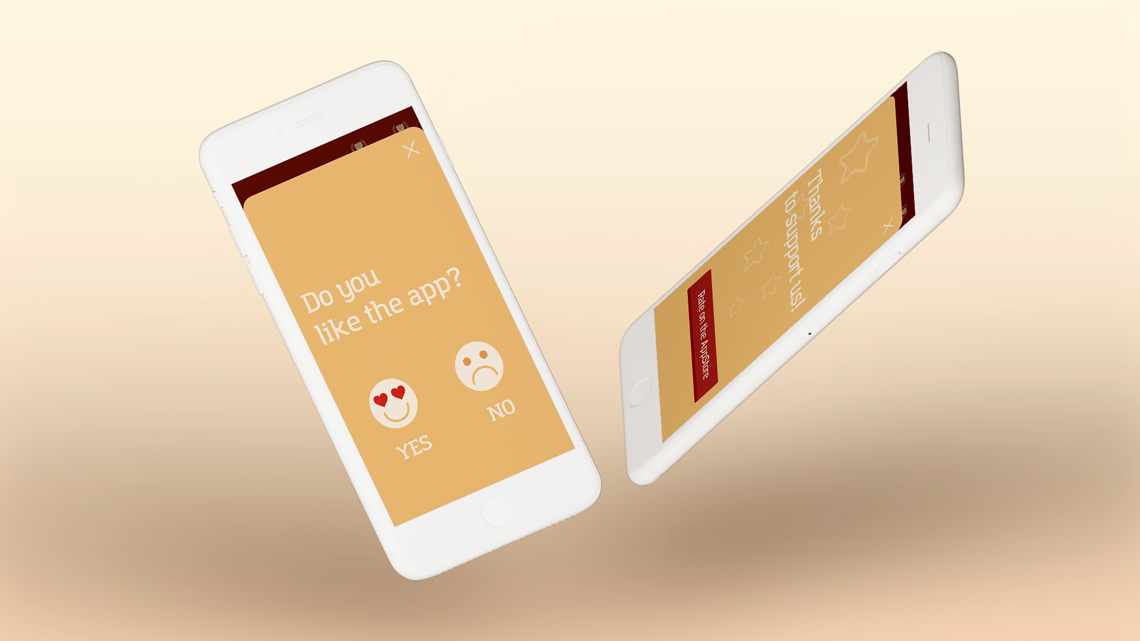 Have a similar progect?